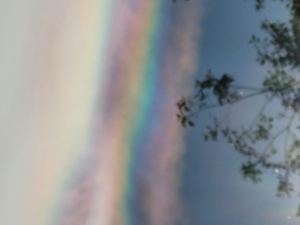 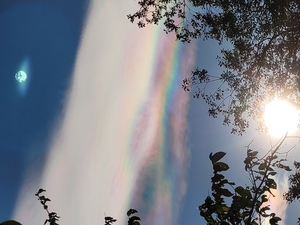 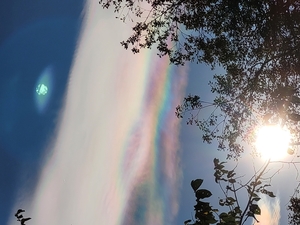 Unfortunately, there was only a cell phone camera included when I saw these extraordinarily colorful clouds.