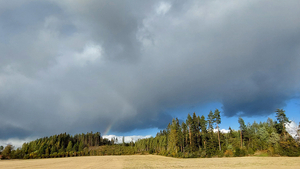 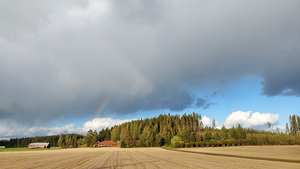 In Jalasjärvi, a piece of rainbow was seen between Kivistö and Jokipi, photographed on Highway 3.