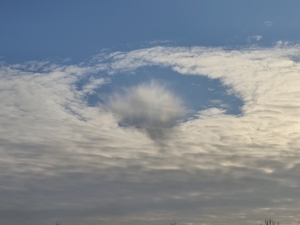 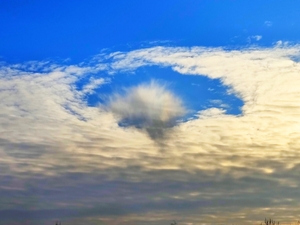 For a long time, a fairly clean hole cloud. In the rain streaks for a while, a piece of halo also stood out, with a hint of color in the picture.

Added a second image version with increased saturation and contrast. The residues of the halo stand out a little better.