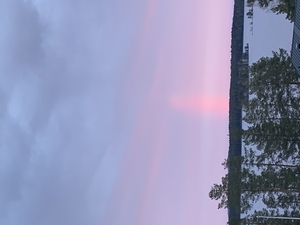 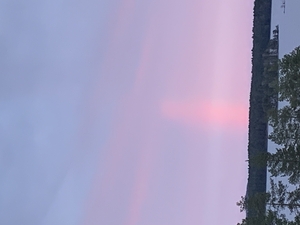 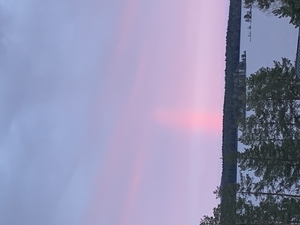 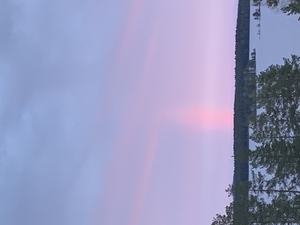 A pink vertical pillar is visible for about three minutes at sunset. Straight up, not curved like a rainbow, but clearly due to the sun. I can't name, officially identify this?