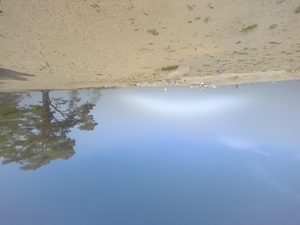 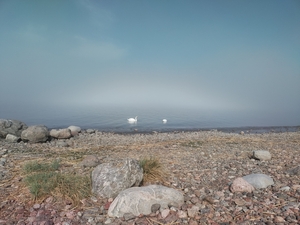 At about 10 o'clock suddenly a thick mist came to Kolkannokka. I moved to the other side of the headland to photograph the Egrets and Red-footed Booby when I noticed a rather shallow arch over the sea. The fog was so thick that no ships were visible. Only the fog horns shouted. The fog arc began to disappear after 10:30 a.m. when the sun was too high. Unfortunately, no wide-angle lens was included, so the cell phone had to rape the evidence.