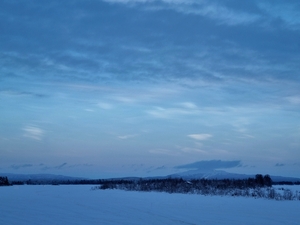 The messages from Kilpisjärvi told the story of handsome pearls. I went to the bank of Ounasjoki to see if anything could be seen further south here, and yes, something was visible in a clearer opening in the direction of Levitunturi.