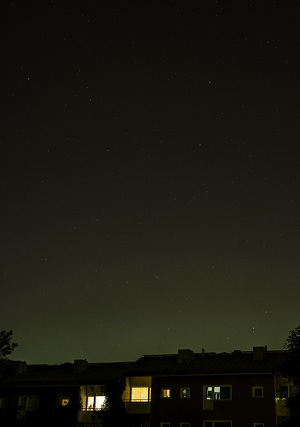 A burst of reports on guard prompted me to collect filming slips and run to the edge of the sports field. The calm arch stood out well despite the street lights. The dim green glow was detected above the roofs at 0:40.