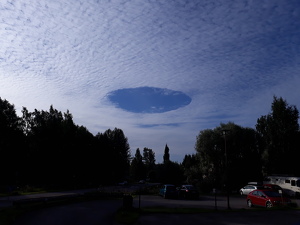 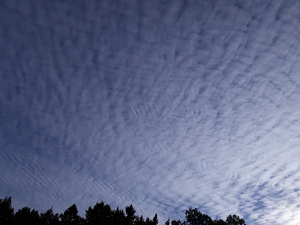 At eight o'clock an almost perfect hole cloud and wavy clouds were visible. The hole gradually closed over the next half hour.