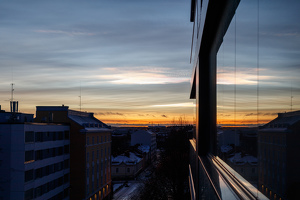 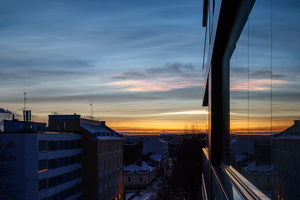 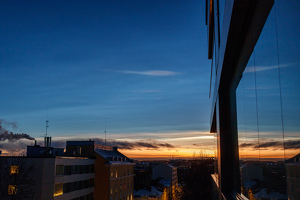 Now it is annoying that the windows and balcony of the apartment face to the southeast. Half of the sunset play stood out pretty accurately, but at least the glasses on the balcony mirrored the sky beautifully.