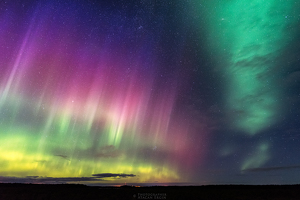 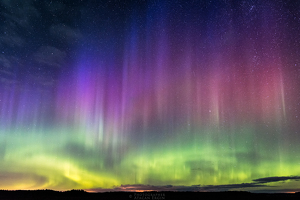 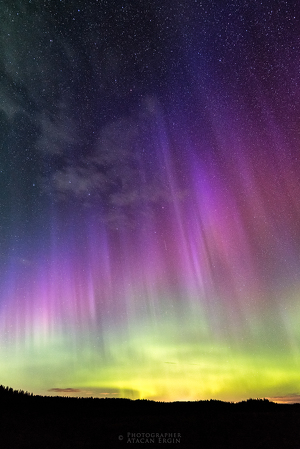 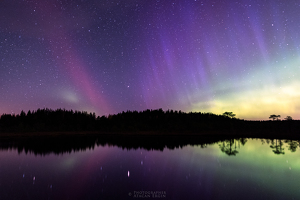 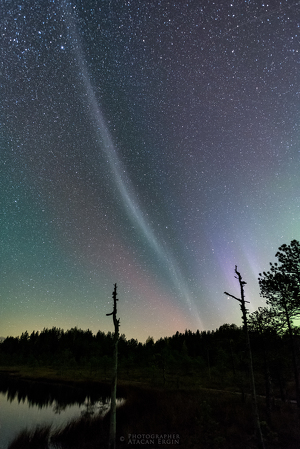 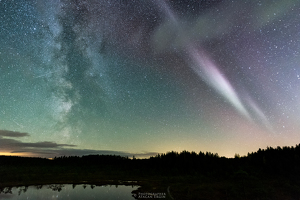 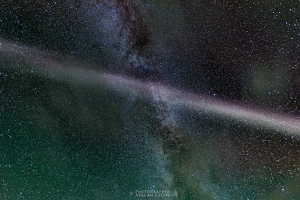 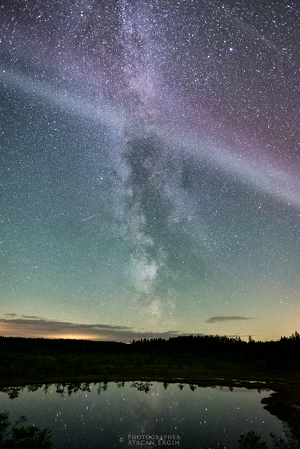 I was in Jyväskylä on a visit and that evening I had decided to go home to Kuopio when my friend and I talked about the possibility of seeing the northern lights in the coming night. According to the weather forecast, it could be cloudy and sometimes even clear. I decided to stay one more night and we went to Leivonmäki National Park together. It was a good decision because my friend and I watched the northern lights with our mouths wide open that night and even a rare SAR or proton arc appeared. I don't know what it's real name is but still I haven't seen it this clear before but I knew right away it was something special and different. Maybe you can help with identifications.